In 1980, Amtrak had been in existence for 9 years already, and the passenger railroad was finally making some progress in acquiring new equipment to replace the locomotives and cars it had inherited from its predecessor roads.

To show off this new equipment and hopefully attract new customers, a number of “Family Days” events were held around the country. These featured equipment displays and other activities at the local train station.

In Detroit, the event was scheduled for 2-3 August 1980 at Michigan Central Station. A small group of us from the Lenawee Area Railroaders heard about this and decided to go. The best way to go, of course, was by train, so we took the afternoon “Wolverine” on 03 August from Ann Arbor to Detroit, later returning on “The Twilight Limited”. This only gave us about 2.5 hours in Detroit, so we had to make the best of it!

This date was also the start of a new timetable, and the inaugural date for Amtrak’s new “Lake Cities” service from Chicago to Detroit to Toledo.

For the display, Amtrak brought in a new Superliner coach and dining car, and also some newly-refurbished “heritage fleet” Budd-built cars, including a coach, a diner, and possibly a sleeping car. Locomotives on display included F40PH #200 and P30CH #702. It was possible to walk through the cars and also visit the cab of #702. I remember that the heritage diner had a table set up with actual plates of food, so you could see what on-train food looked like. (It looked a bit the worse for wear, having sat there for a few hours…)

Ex-Lehigh Valley private car #353 was also on display and open for visitors.

There were also some events taking place inside the station itself, but I don’t know if we even made it in there. An RTG Turboliner offered demonstration rides from MC station to Wayne Junction and back. There was a very long queue for this, and we didn’t have time to partake in any case.

The first excursion of the Lenawee Area Railroads was a success! 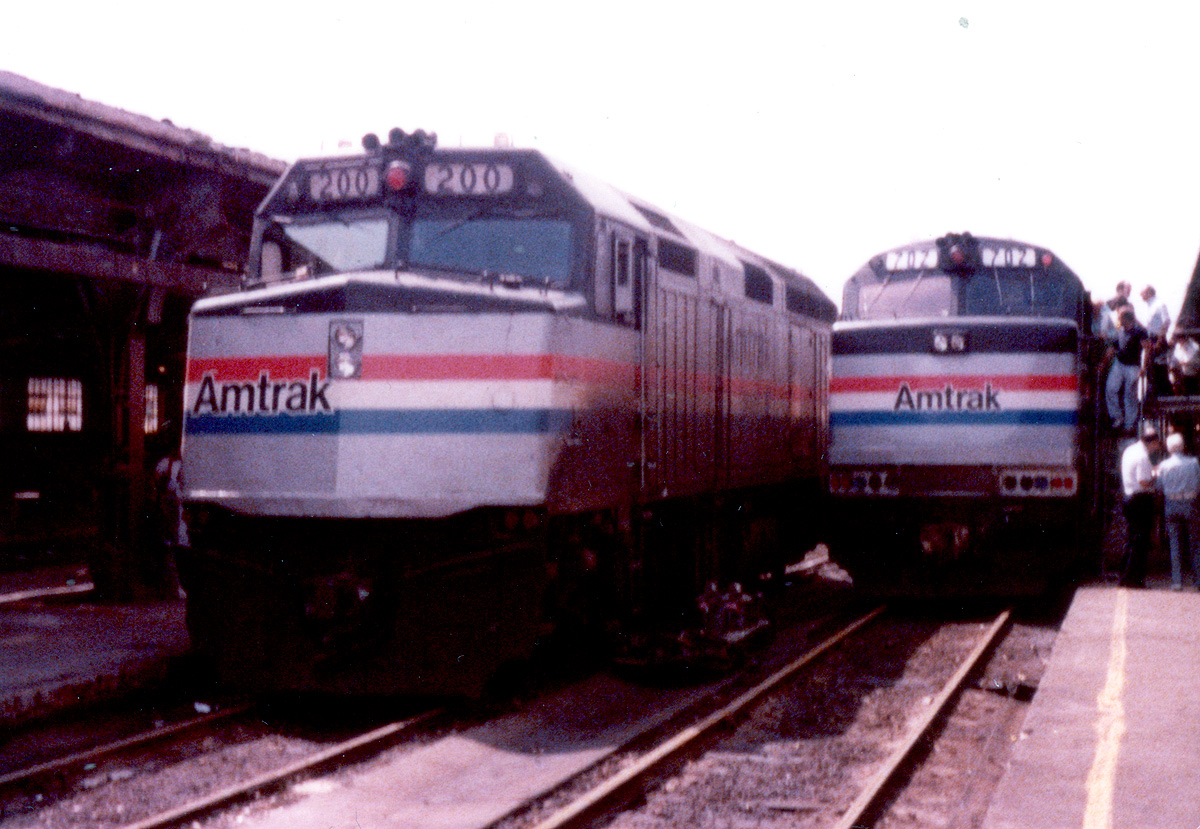 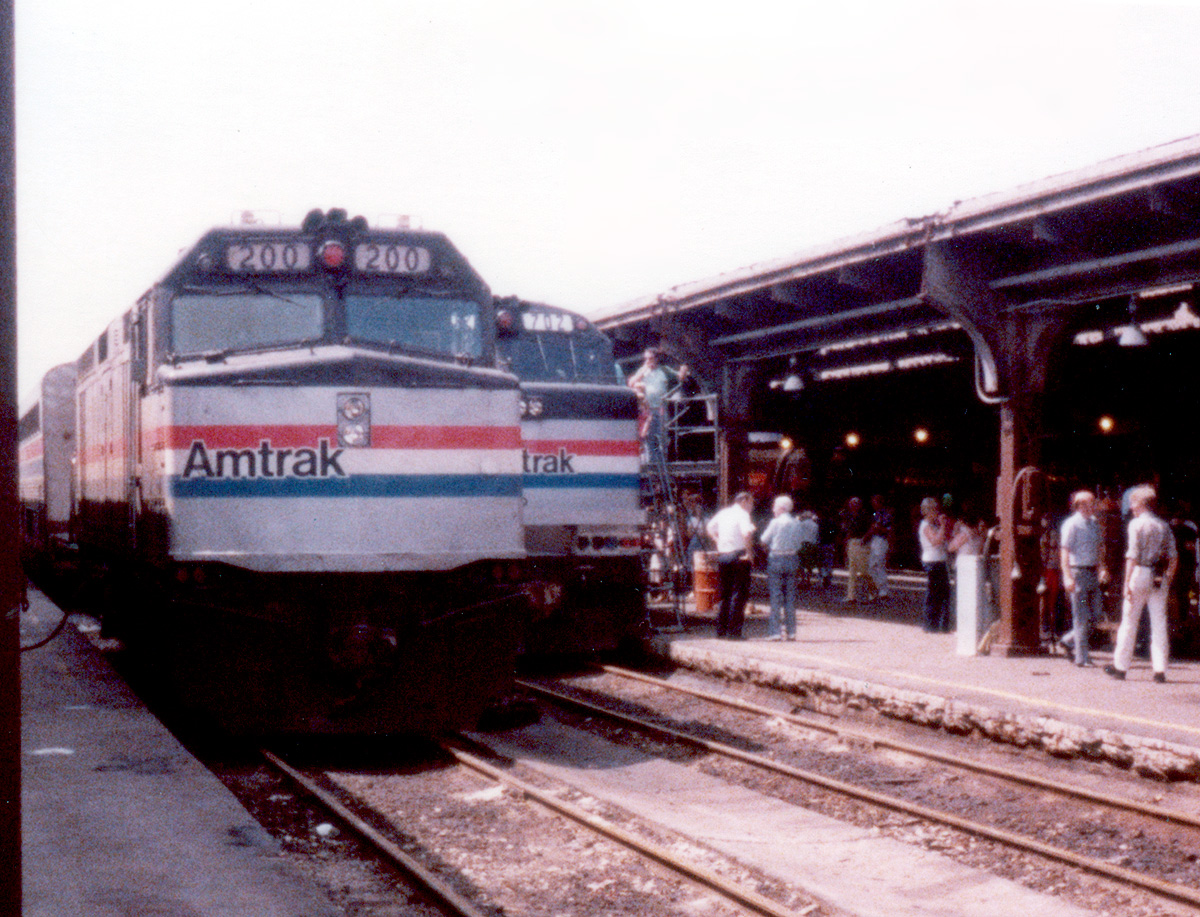 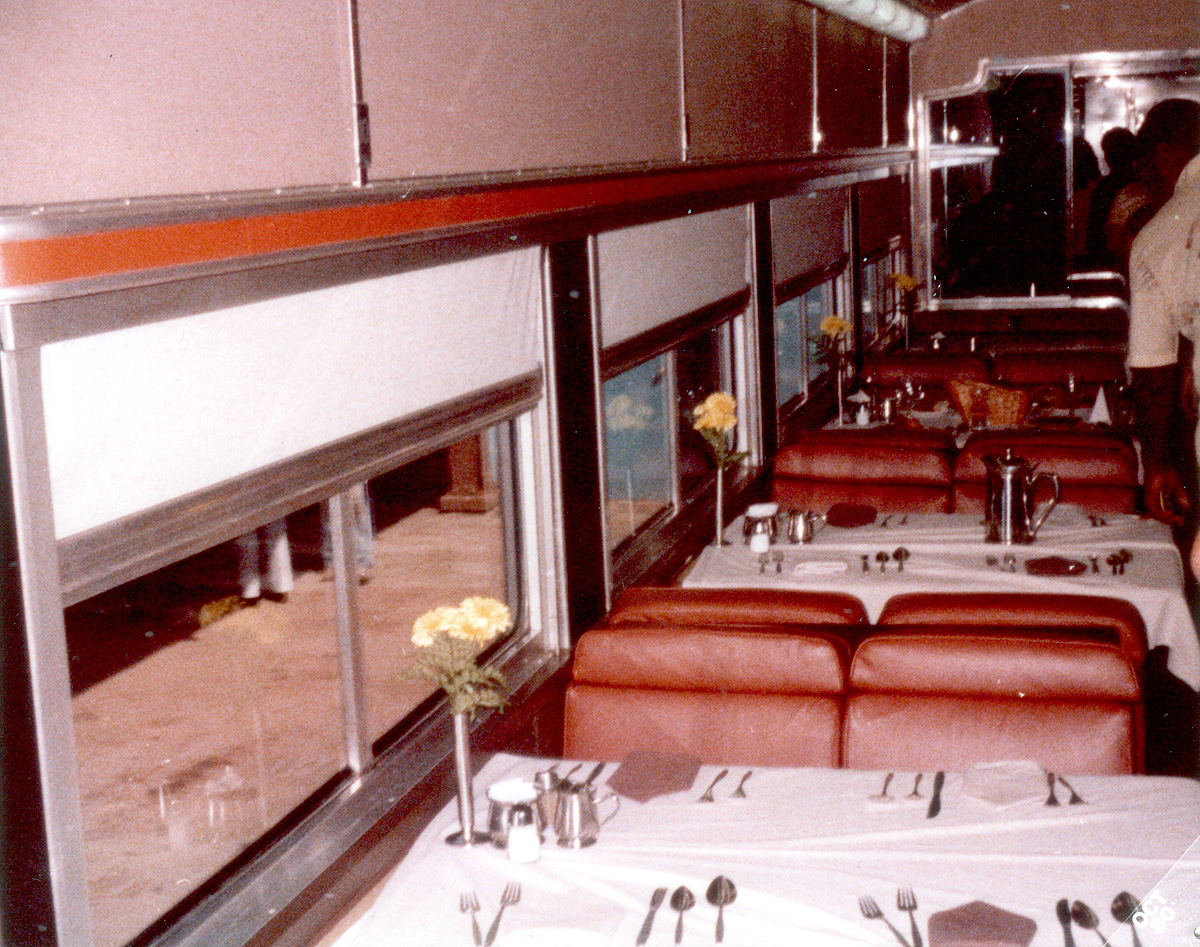 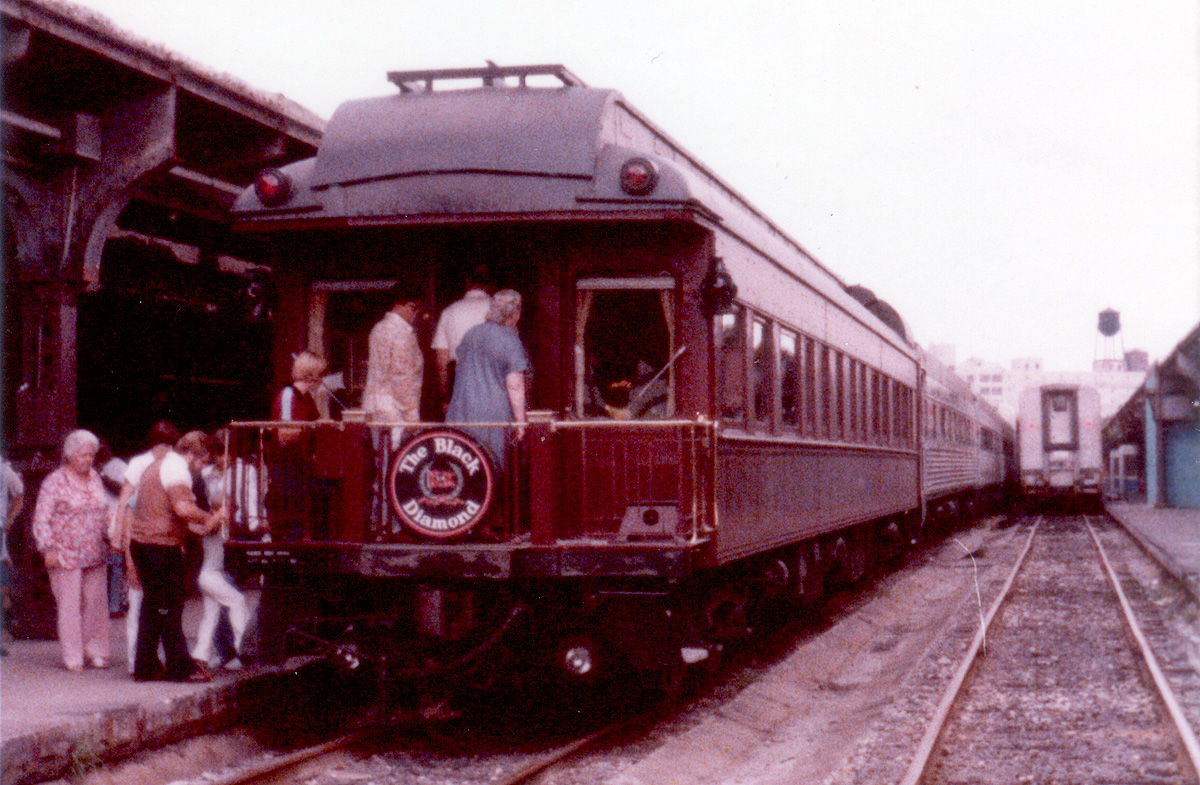