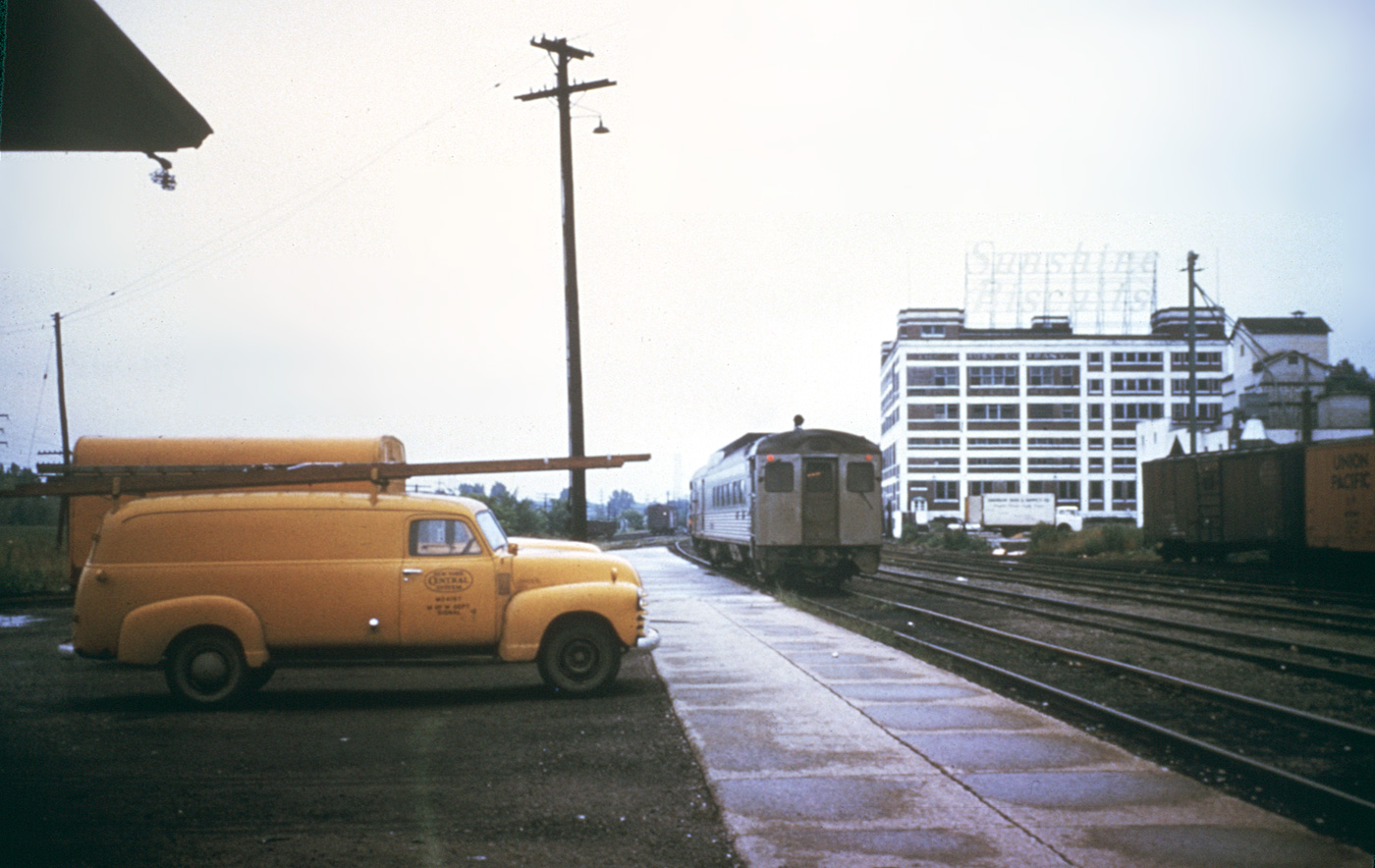 Here’s a scene full of atmosphere! A New York Central “Beeliner” RDC-3 car departs from Saginaw, Mich. on southbound train #394, The Northerner, on 26 August 1962. Service between Mackinaw City and Saginaw would be discontinued 8 days later on 03 September 1962, and service between Saginaw and Detroit would come to an end on 19 March 1964. 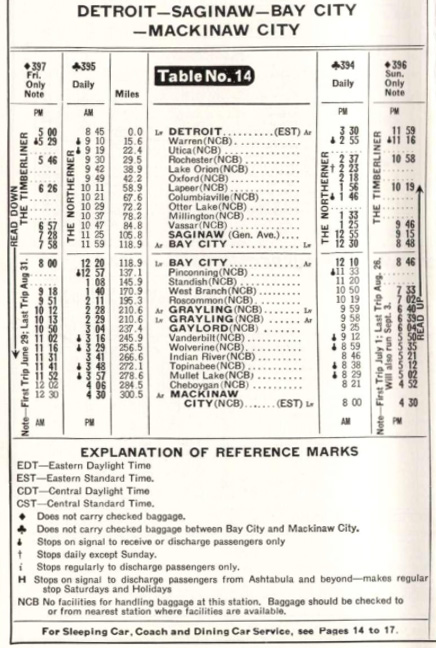 Look, too, at the that truck belonging to the Maintenance of Way Department! It appears to say “SIGNALS” on the door, and the ladders would indicate use by the signal department.

Across the tracks is a factory belonging to the Sunshine Biscuit Company, a national brand later purchased by Keebler. To the right a NYC and a UP boxcar sit on a siding, with an elevator or feed mill visible over their roofs.

Is this photo taken at MC’s Potter Street Station in Saginaw? The tracks, and the curve to the right at the end of the platform, seem to match up with aerial views, but I can find no trace of the location of the Sunshine Biscuit Company plant. Please comment below!

Update! Thanks to Doug Hefty, I now know that the photo was taken at the Genesee St. station in Saginaw, and a visit to Bing Maps found that the Sunshine building still stands!: 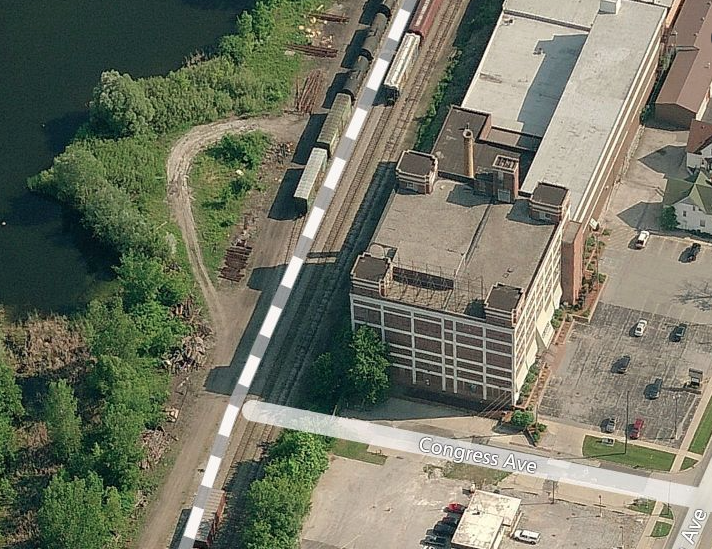 Scanned from a slide taken by Dick Andrews of Detroit, in my collection.